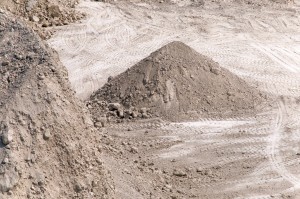 The control of airborne silica is a constant challenge in sand casting foundries, where large volumes of sand are used in the molding processes. Kennedy Valve Foundry, a sand cast iron foundry in Elmira, N.Y., developed an approach to the ventilation of its grinding operations that has helped overcome some of the challenges commonly associated with the control of airborne silica dust in sand casting foundries.

At Kennedy Valve, a division of McWane, Inc., more than 430 employees work to manufacture fire hydrants and valves for waterworks applications. One challenge that frequently arises in the sand foundry is the control of airborne silica resulting from the chipping and grinding of castings, particularly when portable tools are used.

Wanting to improve protection of workers against overexposure to silica at these workstations, Kennedy Valve sought a new approach to ventilation controls for portable grinding tools on sand castings nearly 3 feet wide.

With a foundry ventilation consultant, the company’s technical team identified a ventilation approach that had been demonstrated to be effective in controlling emissions from another foundry process, called air carbon-arc gouging, conducted on workbenches with steel castings. This method had been identified and documented in a National Institute for Occupational Safety and Health (NIOSH) case history.

As presented in the NIOSH case history, a tabletop booth that incorporated a wraparound design, a 3-ft. diameter turntable for casting repositioning and a unique way of introducing supply air so that it swept past the worker on both sides of the body appeared to incorporate the best features seen to date on a ventilated booth. One design characteristic of the booth that NIOSH evaluated on fume-producing processes – the use of spaced exhaust openings along flat collecting surfaces – seemed like it could create a rebounding issue when applied to grinding. Respirable-size dust follows in the low-pressure wake of the large (inertial) particles in the grinding swarf; if the large particles rebound off a solid wall, the dust will rebound with them and head toward the worker’s breathing zone.

An industrial ventilation designer working on the team offered a way to address this issue. The designer, who is also a firearms instructor, cited the method of stopping air-rifle pellets using an energy-absorbing hanging curtain.

“In this case, if the grinding swarf impacted a hanging curtain, the large particles would be stopped ‘in their tracks’ and be unable to rebound. The fine dust particles at that point would be pressed up against the curtain,” according to a company case study. “If vertical dividers were employed to restrict sideways air motion, the fine dust could be readily directed through suction into exhaust plenums both above and below the impact zone for the grinding swarf and be removed from the bench.”

After successful completion of a prototype test program, 15 production booths were constructed and installed in the renovated finishing area. The benches have consistently controlled silica exposures during grinding to below OSHA’s Permissible Exposure Level for Kennedy Valve’s grinding needs when operating at exhaust rates down to 3,000 CFM and supply airflow rates at half of that flow rate.